ONE key factor usually considered in the recruitment of persons for position of leadership revolves around the questions, “Have you been adequately trained or prepared to perform the functions and responsibilities?” “Have you done similar duties and functions in the past? “How well have you performed these functions and responsibilities?” “What verifiable evidence do you have to prove your previous performance?” These questions reveal the background, preparedness, capacity and experience, and therefore the suitability of the candidate for the leadership function and responsibility.

In this vein, no one who has closely observed the unprecedented social, infrastructural and economic transformation of Delta State since 2015 will be surprised by Governor Okowa’s emergence as Vice-Presidential candidate of the Peoples Democratic Party. The definitive and incontrovertible track record of peace, security and all-round development in Delta State since 2015 has eminently qualified Governor Okowa as Running Mate to Atiku Abubakar in the Presidential Election scheduled to hold in February 2023.

Evidence of the _Okowanomics_ scorecard spans various social and economic sectors including job and wealth creation among youths, support for micro, small and medium enterprises (MSMEs), transformation of the agricultural value chain and agro-industrialization, development of roads and transport infrastructure and contributory health insurance scheme. Others are the revamping of technical and vocational education, accelerated expansion of tertiary education, social welfare investments, sports development and peace and security, among others.

This first brief in the series will focus on _Okowanomics_ scorecard on job and wealth creation among youths, economic impacts of policies and programmes and poverty reduction, since 2015.

From 2015 to date, the _Okowanomics_ scorecard includes the creation of and/or business support for about 120,000 youth entrepreneurs, in other words, the creation and/or sustenance of about 120,000 direct and indirect private enterprise jobs in Delta State. The creation of jobs and wealth has positively transformed the economic conditions and livelihoods of youths as buttressed by their respective testimonies. In fact, the unemployment rate in Delta State is estimated at 31%, considerably lower than the national all-states average estimated at 37.2%, according to National Bureau of Statistics Labour Force Survey in 2020.

Consistent with these sterling achievements, _Okowanomics_ has brought about significant reduction of poverty in Delta State. Delta State is ranked as the 2nd least poor state in Nigeria in 2019/2020, after Lagos State. This is a remarkable improvement compared to the position of 12th least poor in Year 2010.

Ample evidence of the efficacy of _Okowanomics_ is testament of Governor Okowa’s good governance, management dexterity and effective leadership. Given his excellent track record, there is no doubt that Governor Okowa is bringing proven antecedents, vital cognate experience and tremendous capability as Vice-Presidential candidate of Peoples Democratic Party. The Vice-Presidential ticket earned by Governor Okowa is obviously well-deserved and it is an idea whose time has come. 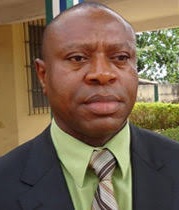 How STEP Motivated Me To Come This Far In Business- Jennifer