IN its bid to urgently curb deaths from COVID-19, Indonesia has launched human trials of a Chinese-made coronavirus vaccine.

As many as 1,620 patients in Indonesia have volunteered to be tried with the vaccine known as CoronaVac launched by China’s Sinovac Biotech Ltd.

China’s Sinovac Biotech Ltd is developing the vaccine with Indonesian state-owned peer Bio Farma and the trial is expected to last for six months.

CoronaVac, previously known as PiCoVacc, is among few potential vaccines that have entered late-stage trials for a large-scale study to gather proof of efficacy for regulatory approval. 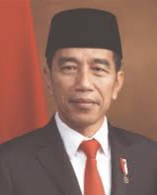 President of Indonesia, Joko Widodo, at the launch in Bandung, West Java on Tuesday, said, “The threat of COVID-19 will not subside until a vaccine is given to all the people,” Widodo said.

Indonesia is the world’s fourth most populous country, and has been struggling to contain its mounting virus cases, with more than 127,000 confirmed infections and over 5,700 deaths.

Names Of 23, 089 Pensioners To Be Expunged From Payroll – PTAD