Ezechi spoke on Friday at a reception organised in his honour by Comrade Randy Ifeanyi at Obetim, Afor, Ndokwa East Local Government Area of Delta State.

According to the Executive Assistant, Governor Okowa has the interest of the youths at heart which has made his administration to have different programmes to positively equip the youths for future challenges.

While thanking Comrade Ifeanyi for the honour, Ezechi admonished the youths to respect political leaders to enable them attract democratic dividends to their communities. 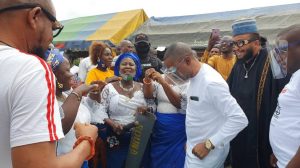 He observed that the Commissioner for Trade and Investment in the state, Hon Chika Ossai, and Pharm Paul Enebeli are notable political leaders from Afor clan who are playing important roles within and outside the state.

Ezechi also, noted that Chief Godwill Obielum has continued to distinguish himself as a reliable leader who is from Ndokwa East that has the fear of God. 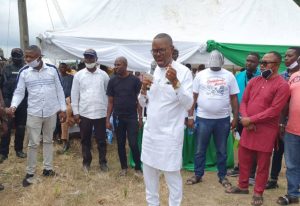 Highpoint of the ceremony was a courtesy visit to the Okpala-Uku of the area, HRM Akpe Iffi, who blessed Hon. Ezechi and urged him to continue with his good works of mobilising the people to support government activities.