THE Isoko National Youth Assembly (INYA) has linked the killing of one Collins during a protest in Ozoro by some youths to “unprofessional” attitude of the Police.

INYA in a statement signed by its President, Ovie Umuakpo made available to Newsden, called on the Inspector-General of Police, Mohammed Adamu, to order investigation so as to unravel what happened.

“The event of the last forty-eight hours in Ozoro community leading to the death of a promising young man, Mr Collins is unfortunate and utterly condemable.

“This regrettable but avoidable incident again underscores and bring to the fore the need for a more civil police- citizens relations.

“I believe firmly that there are professional ways to quell civil protest and engage protesters without resort to arms and gunshots. 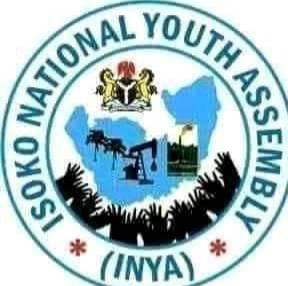 “The action of men of the Nigeria Police (the Eagle Net Squad) in yesterday’s incident is to say the least unprofessional and it is strongly condemned.

“I therefore call on the Inspector General of Police (IGP), to order an immediate and thorough investigation into the incidents leading to yesterday’s protest in Ozoro, the role of men of the Nigera Police and the killing of the young man with a view of bringing to book without delay whoever is find wanting no matter how highly placed.

“This I believe will assuage the anger on the minds of the Isoko youths particularly those resident in Ozoro and bring sanity to the community.

“Going forward, I wish to emphasize that the Isoko National Youth Assembly (INYA), will resist henceforth, acts of exploitation and intimidation of the Isoko youths under any guise.

“While INYA under my watch will not condone acts of crime, criminality and other form of disobedience by youths, I implore the police to act professionally in bringing perpetrators to justice.

“Finally, I urge our youths to remain calm as I am already in touch with the Police Authority and other Security Agencies on the matter with a view to restoring peace and ensuring that those who acted against the law are brought to justice,” INYA said.

A Strong NNU Will Ensure Speedy Devt Of Ndokwa – Tabowei

A Strong NNU Will Ensure Speedy Devt Of Ndokwa - Tabowei