THE Ndoshimili Indigenous People of Ndokwa East (NIPONE), Delta State has given oil companies operating in the area and the Federal Government 14 days to address issues ranging from construction of roads, review of Memorandum of Understanding (MoU), among others.

NIPONE in a statement signed by its Chairman, Dr. Olise Imegwu and Secretary, Dr. Adaobi Ugbomeh made available to Newsden on Friday, called for the construction of Asaba-Oko-Utchi-Aboh-Abalagada-Patani Coastal Road.

The group also, called for the immediate provision of electricity to all the communities in Ndokwa East and that the Federal Government direct oil and gas exploration companies in the area to relocate and maintain operational administrative offices in the area.

The continued negligence of the economic and social wellbeing of the people of the Ndoshimili Indigenous People of Ndokwa East, NIPONE, in Delta State, had reached a fever pitch, as the people had decided to challenge the authourities and the oil companies operating in the area, if their demands are not addressed, within two weeks. 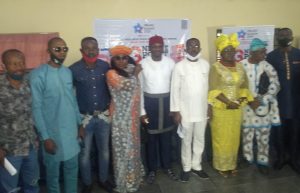 “It is painful to note that though our communities are awash with oil wells, the ownership have been given to other people.

“We have also been denied the benefits of being host to oil, gas and Independent Power Plant.

“We, as a people have today, resolved to take immediate steps to right these wrongs.

“We demand the right of first refusal be given to our qualified sons and daughters regarding employment positions in all the oil and gas companies operating in NELGA in the spirit of local content principle.

“All roads used by oil and gas companies and their vehicles in the area should also be repaired.

“We are calling for the immediate dredging of the River Niger, and adjourning Rivers in Ndokwa East, and installation of shoreline protection in all our communities on the bank of the River Niger to prevent the annual devastation from flooding of the river.”

“It is very unfortunate that the oil and gas companies have over the years refused to pay tenement rate to NELGA/host communities and we hereby, demand the companies to make their payments up to date,” NIPONE said.

ONYEOBI @ 87: He Is A Quintessential Administrator – Okowa

ONYEOBI @ 87: He Is A Quintessential Administrator - Okowa