THE member representing Ndokwa West Constituency in the Delta State House of Assembly, Hon Charles Emetulu has paid glowing tributes to the Governor of Delta State, Sen. (Dr.) Ifeanyi Okowa for the successful and peaceful conduct of the State Congress of the Peoples Democratic Party (PDP).

Hon. Emetulu in a statement which was made available to Newsden, praised Governor Okowa for his political calculations and management skills in making an otherwise complicated process hitchfree.

He expressed joy at the outcome of the Congress, saying it was the first time a congress would hold in an atmosphere devoid of bickering and other political troubles. 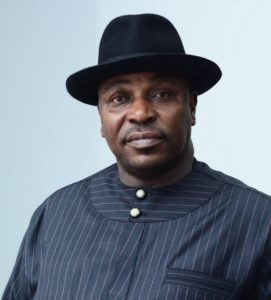 While, putting on record that Governor Okowa himself had previously headed 3 different National Convention Planning Committees of the party which delivered excellently on their mandates, the lawmaker expressed joy that the governor as Leader of the Party in the state was able to deliver a seamless congress through consensus building.

“No doubt this has further strengthened the position of our great party, the PDP as the politucal party of choice for Deltans,” Emetulu said.

Open Grazing Is A Crime In Igbo Land – INC