THE remains of the member representing Baraza Dass Constituency, Bauchi State House of Assembly, Hon. Musa Mante have been buried.

Mante was killed on Thursday night at his residence in Dass Local Government Area by suspected gunmen who also, abducted his two wives and one-year-old daughter.

Clerk of the Assembly, Umar Gital, said the murdered lawmaker was buried at the Dass Central Burial Ground according to Islamic rites on Friday afternoon. 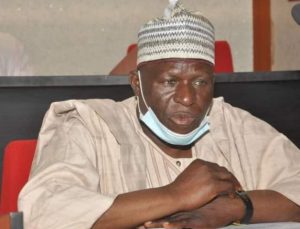 Speaker of the Assembly, Abubakar Suleiman, who led other members to pay condolence on the Emir of Dass, Alhaji Biliyaminu Othman and the family of the deceased, said the slain lawmaker lived an exemplary life.

Suleiman in a statement signed by his spokesperson, Abdul Burra, said, “As a member who represented the good people of Dass, Hon. Mante dedicated his time and resources to ensure the well being of his constituents.

“He was always at the forefront of serving the interest of his people and dear State.

“He lived a simple and exemplary life worthy of emulation.

“The fact that he had lived in his village interacting and serving his people, speaks volumes on how faithful and humble late Hon. Musa Mante Baraza was.

“As Chairman, House Committee on Public Petitions, Hon. Mante diligently and effectively discharged his responsibility by being so much dedicated and committed to finding solutions to many problems affecting people across the state.”