Chief Onyesom who is popularly known with the title,  Omenosa, gave the description while speaking with reporters.

On Tuesday, the  President and Commander-in-Chief of the Federal Republic of Nigeria, Mohammadu Buhari (GCON) conferred the CON award on Governor Okowa at a colourful ceremony held at the International Conference Centre,  Abuja.

Onyesom in the chat, said, Governor Okowa would be spurred to do more for the nation with the award.

“Gentlemen,  this is a great day for our party, the Peoples Democratic Party (PDP), our state, Delta and our nation, Nigeria.

“For the first time, a Vice Presidential Candidate of opposition political party has been recognised for his commitment to the growth of our country and that person is our dear Governor,  Senator Dr. Ifeanyi Okowa.

“As a Deltan, I am very happy with this recognition and as a member of the PDP,  I am very very happy because, it is a clear evidence that we are  on the right part and have well recognised and acceptable personalities flying the party’s flag in the 2023 general elections.

“Naturally,  to whom much is given, much is expected, so, this award will reinvigorate our Governor to do more for Deltans, Nigerians and humanity. 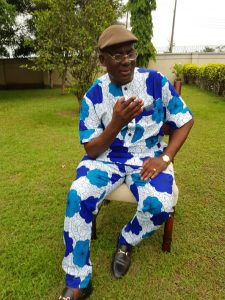 “I am confident that Sen. Dr.  Ifeanyi Okowa will do more as Vice President,  Federal Republic of Nigeria from next year because he will bring all the experiences he has gathered as a true family man, Medical Doctor, Secretary to local government,  Chairman of Council,  Commissioner,  Secretary to State Government,  Senator, Governor and several other positions to bear in managing the affairs of the country with Alhaji Atiku Abubakar, so, let us vote massively for the PDP,” Onyesom stated.

Okowa: An honour That Underlines A Gem – Funkekeme