In an advertorial published in The Vanguard Newspaper of Monday, the Governor of Delta State who is the Vice Presidential Candidate of the PDP, Sen. Dr. Ifeanyi Okowa, emerged as the Chairman of the Campaign Council while the Governorship Candidate of the party in the state,  Rt. Hon.  Sheriff Oborevwori will be the Vice Chairman. 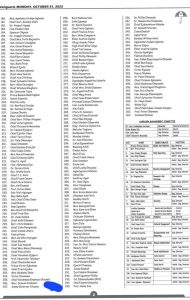 Chairman of the party in the state, Barr. Kingsley Esiso and the state Secretary of the Party,  Engr.  Dan Ossai also made the list as members of the Council which will be inaugurated on Thursday, November 3, 2022 at the Delta State PDP Campaign Headquarters,  Anwai Road, Asaba. 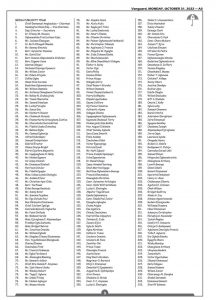 While the Campaign Council has more than two hundred members, a Media/Publicity Team for the campaign headed by Chief Emmanuel Amgbaduba, also, has more than one hundred and fifty members.

Barr. Hessington Okowa is the Vice Chairman of the Publicity Team which has Jackson Ekwugum, Dr. Ifeanyi Osuoza, Dantes Odogwu, Fidelis Egugbo and others as members.