POSITIVE reactions have continued to trail the Delta State Congress of the Peoples Democratic Party (PDP).

Chairman of the Governing Council, School of Health Technology, Ofuoma, Dr. Chris Oharisi stated that it was a thing of joy that Hon. Sunny Taragbuzogwu, emerged as the Assistant Secretary of the party at the Congress which was held on Saturday in Asaba. 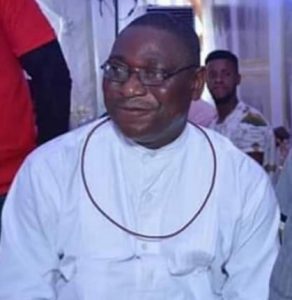 According to him, “it is a thing of joy that one of us, a respected member of the Governing Council, Delta State School of Health Technology, Ofuoma, Sunny Tatabuzogwu, emerged as the Assistant Secretary of our great party.

We Will Deliver Ughelli North To PDP – Oharisi

“Tatabuzogwu is calculative, calm and organised, so, his victory did not come as a surprise because, he is a round peg in a round hole.

“On behalf of other members of the Governing Council, the Provost, Management, Staff, and Students of School of Health Technology, I congratulate Tatabuzogwu, as we are sure that he will discharge his duties creditably to earn more positions in the future,” Dr Oharisi said.

Also, a political pressure group based in Sapele, Door to Door Campaign Group, has congratulated the re-elected Chairman of the Delta State PDP, Barr. Kingsley Esiso.

The group in a statement made available to Newsden on Sunday, said, it was a deserved victory for the Chairman and urged all the members of the party to continue with their support for the Esiso-led PDP to enable it succeed.

They observed in the statement signed by the Chairman of the group, Mr Maxwell Ikpenkpen, the Speaker Deacon Onomuhara Oke Godwin, the Coordinator, Mr Holy Queetin, and the Woman Leader, Jackson Lillian that the successful congress was a clear evidence of unity of purpose in the party. 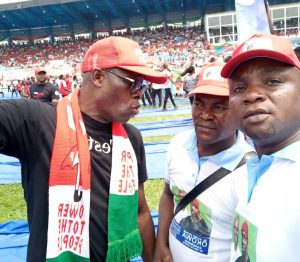